Russia News: Europe: Russia orders troops to pull back from Ukraine border
posted at 13:53:45 UTC by waktarkm via Sites from Michael_Novakhov (51 sites)
Military personnel to return to barracks but remain in ‘state of readiness’, defence minister says

Russia News
Russia says it is ending military buildup at Ukrainian border
posted at 13:55:27 UTC by ccastronuovo@thehill.com (Celine Castronuovo) via The Hill: Defense Policy
Russia on Thursday said it would be ending its massive military buildup at the Ukrainian border, which has increased tensions with Ukraine, the United States and other western countries. Russia said troops would be ordered to return to their...

In the wake of former president Donald Trump’s impeachment acquittal for inciting the deadly attack on the Capitol, House Speaker Nancy Pelosi said she would push for an investigation similar to the bipartisan commission that investigated the Sept. 11, 2001, terrorist attacks.

Lawmakers from both sides of the aisle agreed.

“We need a 9/11 Commission to find out what happened and make sure it never happens again‚” Sen. Lindsey O. Graham (R-S.C.), a longtime Trump ally, said this past weekend on “Fox News Sunday.”

Rep. Madeleine Dean (D-Pa.), a House impeachment manager, said, “There must be a full commission, an impartial commission, not guided by politics, but filled with people who would stand up to the courage of their conviction.”

But in their zeal to “investigate and report,” as Pelosi put it, on violence at the Capitol, lawmakers have placed the 9/11 Commission on a historical pedestal of patriotic transparency that doesn’t quite square with its past. The 585-page report submitted to Congress in 2004 was, according to historians and national security experts, an incomplete report marred by political warfare.

‘Take it out’: On 9/11, Cheney’s harrowing orders to shoot down U.S. airliners

“Despite claims from all sides that what was needed was an unfiltered, non-partisan and accurate review of what went wrong and how it went wrong,” David Wallace, a University of Michigan government secrets scholar, wrote in 2011, “the archival record surrounding 9/11 was shaped as much by political concerns over blame and responsibility (and evading it) as it was by good faith efforts to get to the heart of the matter.”

Former New Jersey governor Thomas H. Kean (R) and former congressman Lee H. Hamilton (D-Ind.), the chair and vice chair, respectively, of the 9/11 Commission, laid out the repeated roadblocks they faced in their 2006 book “Without Precedent: The Inside Story of the 9/11 Commission.” The title of Chapter 1: “SET UP TO FAIL.”

“The chief obstacle,” Kean and Hamilton wrote, “was the White House.”

President George W. Bush, who was facing a reelection campaign in 2004, and other Republicans argued that a so-called Joint Inquiry underway in Congress was enough.

The White House said that “an independent investigation would distract the government from waging the ongoing war on terrorism,” the authors wrote. “At several points, it appeared that the proposal to create a 9/11 Commission was dead.”

But following pressure from the victims’ families, the White House caved, allowing the commission to go forward.

From the outset, neither side — Republicans nor Democrats — fully trusted the other. They wrangled over budgets, access to documents and other matters almost immediately. One of the most contentious early battles was over access to the Joint Inquiry report by Congress.

White House Counsel Alberto Gonzales, who referred to Bush as his “client,” was the chief gatekeeper in the White House. “Let me take this back to my client,” he would say, according to Kean and Hamilton. “I’ve got to protect my client.”

Throughout the investigation, access to key documents and testimony was denied.

On 9/11, as the Pentagon burned, the White House couldn’t find Donald Rumsfeld

Bush and Vice President Richard B. Cheney, after initially balking at testifying, agreed to be interviewed together — a highly unusual way of questioning key witnesses in any investigation that was criticized for potentially allowing them to stay on the same page.

In the end, it was the CIA that proved most intractable.

Director George Tenet refused access to terrorist detainees. Two years after their book came out, Kean and Hamilton were startled by news reports that the CIA had destroyed videotaped interrogations of the detainees. They had not even known the videotapes existed.

Kean and Hamilton blasted the CIA in a New York Times op-ed in early 2008.

“A meeting on Jan. 21, 2004, with Mr. Tenet, the White House counsel, the secretary of defense and a representative from the Justice Department also resulted in the denial of commission access to the detainees,” Kean and Hamilton wrote. “Once again, videotapes were not mentioned.”

The CIA said it would pose some questions from the commission to the detainees and then report back.

“But the commission never felt that its earlier questions had been satisfactorily answered,” Kean and Hamilton wrote. “What we do know is that government officials decided not to inform a lawfully constituted body, created by Congress and the president, to investigate one the greatest tragedies to confront this country.”

Their conclusion: “We call that obstruction.”

Michael Novakhov - SharedNewsLinks℠ | In Brief | -
Feed Integration by RSS Dog.
-
Bitcoin is facing an additional drop of 23% from current levels after breaching a key resistance level
posted on Apr 19 2021 18:29:33 UTC by Michael_Novakhov via Saved Stories - None

posted at 18:16:54 UTC by mfox@businessinsider.com (Matthew Fox) via Business Insider 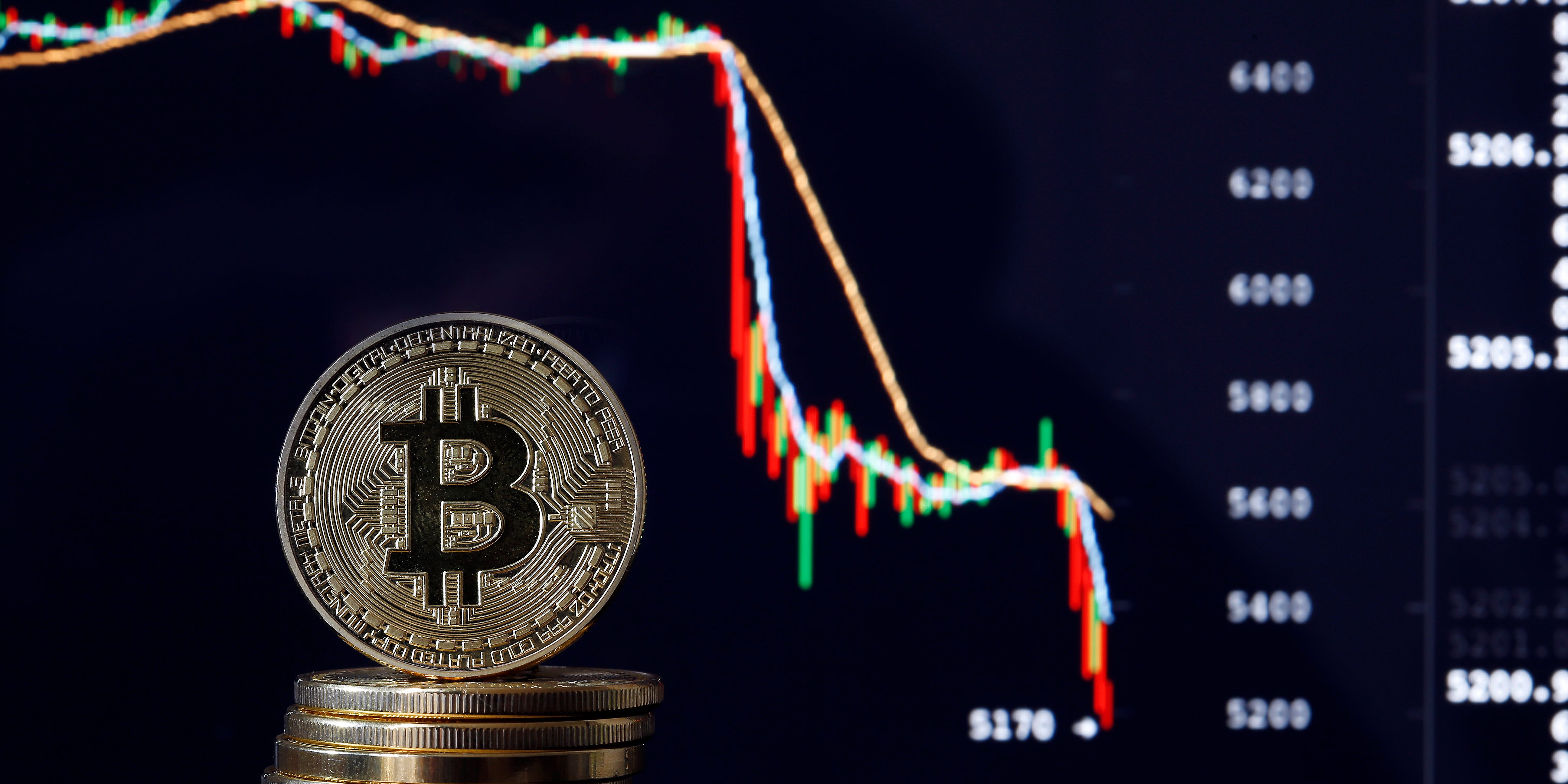 In this photo illustration, a visual representation of the digital Cryptocurrency, Bitcoin is displayed in front of the Bitcoin course's graph of Bitfinex cryptocurrency exchange website on November 20, 2018 in Paris, France.

Bitcoin's decline of 17% over the weekend could set it up for further downside if a key technical support level is decisively breached, according to a Monday note from technical analyst Katie Stockton of Fairlead Strategies.

Stockton is closely monitoring bitcoin's 50-day moving average and 10-week moving average, which sits at $56,496 and $55,555 as of Monday afternoon, respectively. Those technical levels are above bitcoin's current price of $54,758.

Consecutive daily closes below the moving averages would signal to Stockton that bitcoin could continue falling to its next support level around $42,000, which would represent a decline of 23% from current levels, and a decline of 35% from bitcoin's all-time-high of more than $64,000 reached last week.

"The 50-day (~10-week) MA is being tested, and we believe consecutive closes below it would increase risk of a test of support near $42,000," Stockton said.

Moving averages are a lagging trend-following indicator that technical analysts use to smooth out price movements and help identify the direction of the trend in place.

Traders often view the the 50-day moving average, which is the average daily closing price of a security over its previous 50 trading sessions, as a short-term moving average that often represents areas of support or resistance.

"The pullback does not negate the breakout, but it suggests tha its targeted level [$69,000] may take longer to achieve," Stockton explained, adding that despite the short-term pullback, bitcoin's long-term momentum "remains strong." 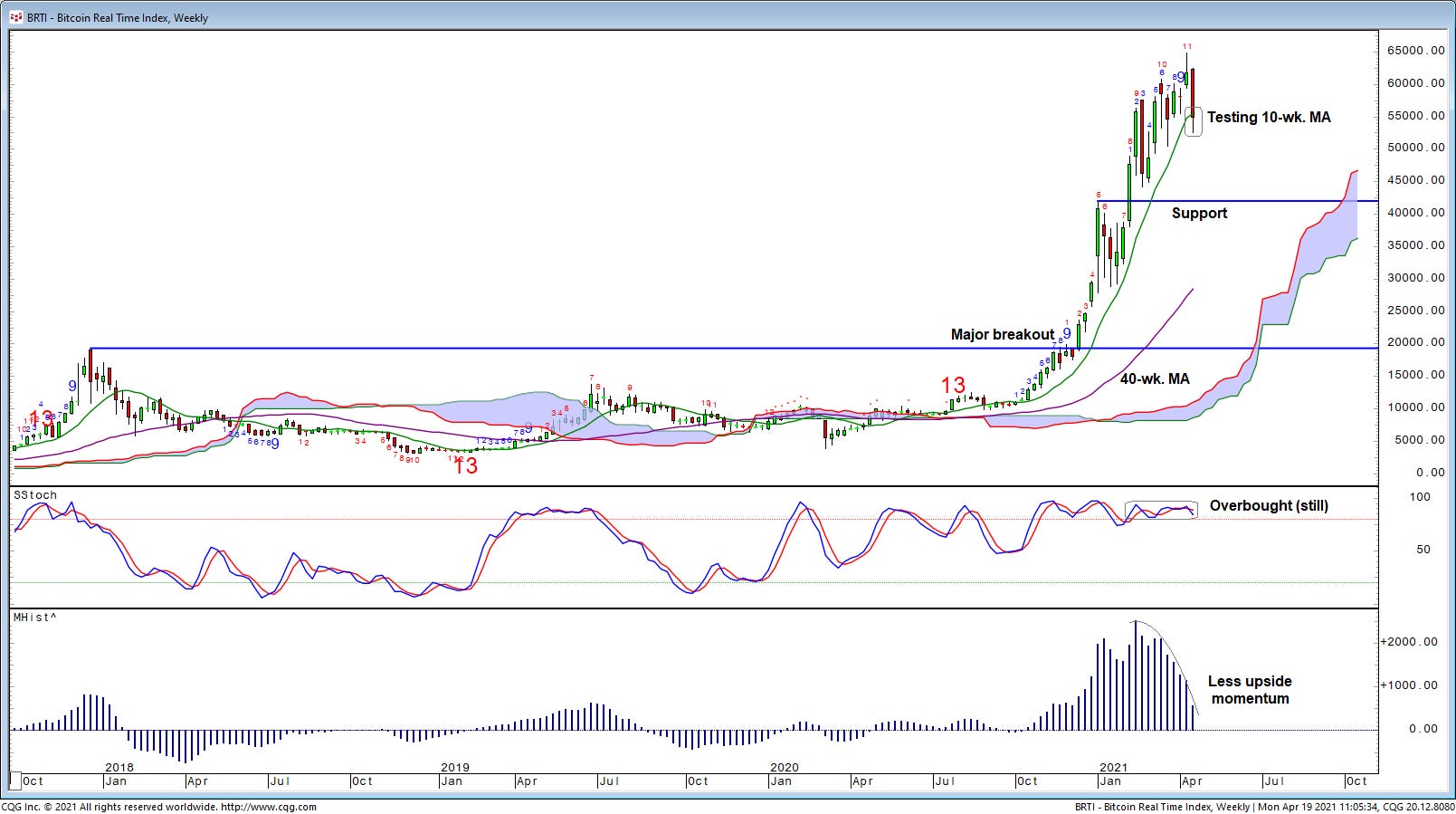 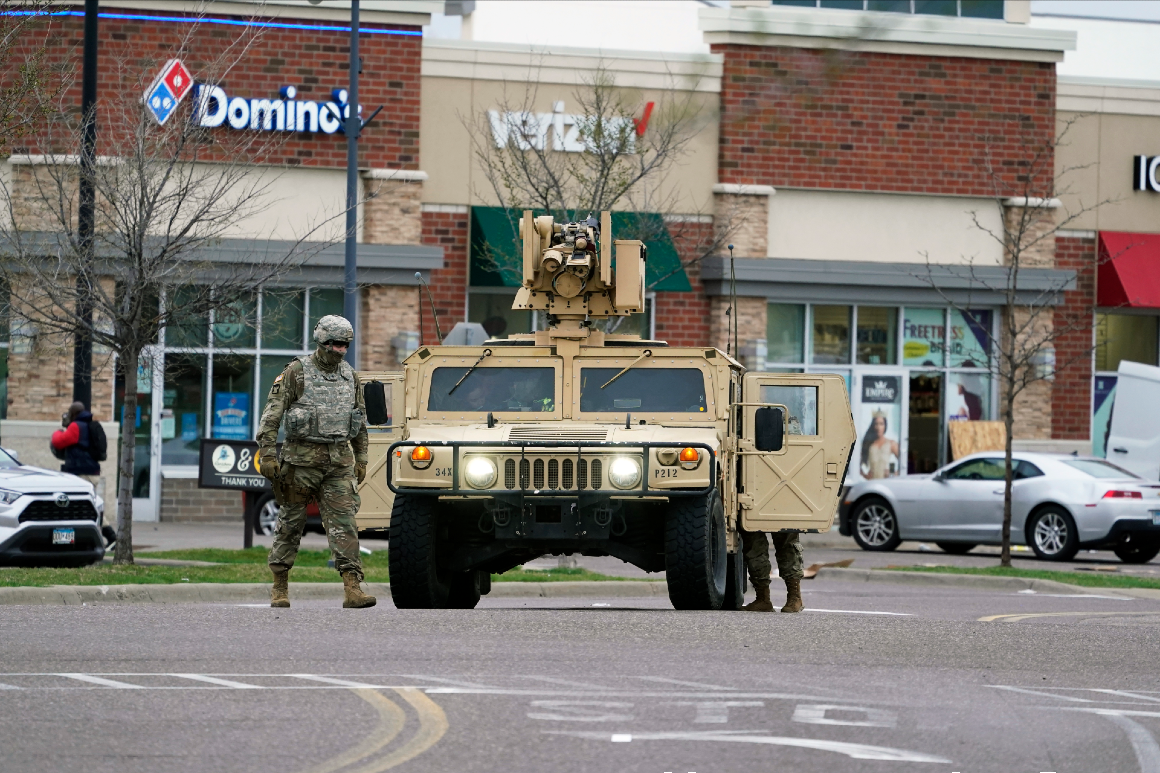 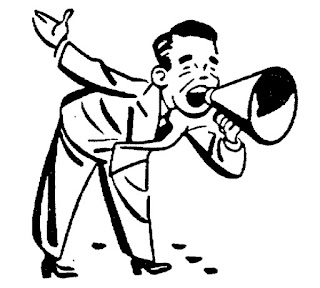 » Just Security: Why Must Central American Asylum Seekers Risk Their Lives to Reach the US? There is an Alternative.
19/04/21 09:40 from Mike Nova's favorite articles on Inoreader
Notwithstanding the backtracking last Friday, President Joe Biden has pledged to revive the U.S. Refugee Admissions Program ( USRAP ) that Donald Trump tried to kill off. Once the White House takes up the issue again, having acceded to p... 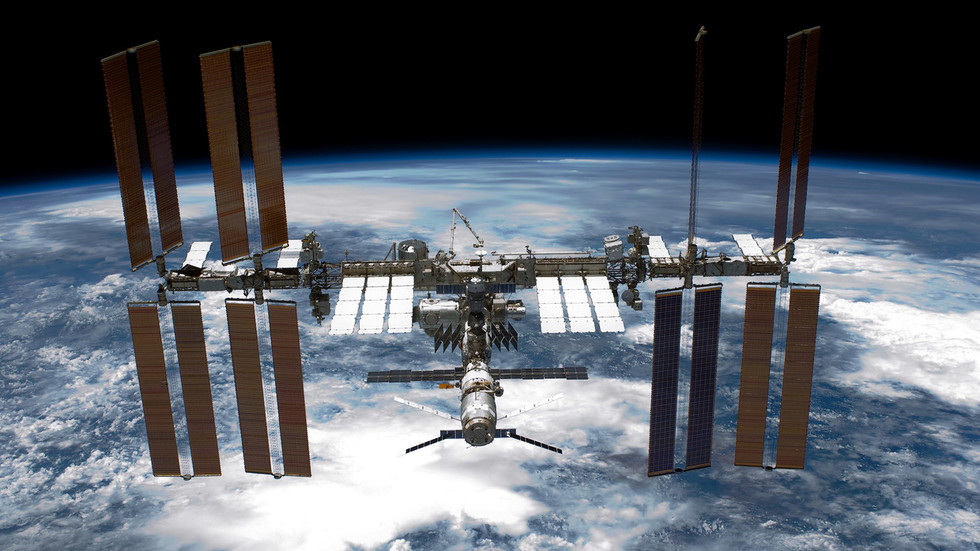 Stars and Stripes: High-ranking Iranian general dies of heart disease at 65
posted at 13:00:08 UTC by Michael_Novakhov via 1. US Security from Michael_Novakhov (87 sites)
Brig. Gen. Mohammad Hosseinzadeh Hejazi, who died at 65, served as deputy commander of the Quds, or Jerusalem, force of Iran's paramilitary Revolutionary Guard.
9:57 AM 4/19/2021 - Russia to withdraw from International Space Station starting from 2025 ...
posted on Apr 19 2021 14:27:36 UTC by Michael_Novakhov via Saved Stories - None

Michael Novakhov @mikenov
posted at 11:40:49 UTC by Michael Novakhov via Tweets by ‎@mikenov
The News And Times: GA-A-GA! GA-A-GA: "Putin has to be very carefully ... thenewsandtimes.blogspot.com/2021/04/ga-ga-… 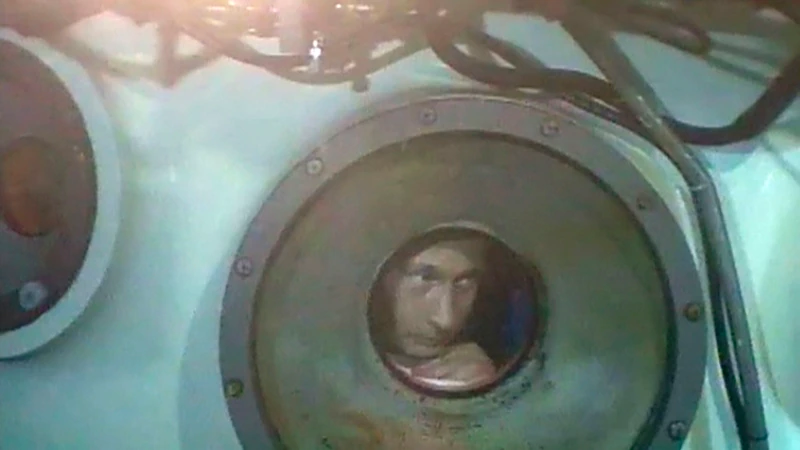 » The Hog Baron
19/04/21 08:29 from Mike Nova's favorite articles on Inoreader
A CAFO, or concentrated animal feeding operation, outside of Rockwell City, Iowa. The proliferation of CAFOs has transformed the state in the past 30 years; lifeless pigs in dumpsters are now a common sight. | Photos by Kathryn Gamble fo...

» Will work ever be the same again?
19/04/21 08:26 from Mike Nova's favorite articles on Inoreader
The global pandemic has disrupted traditional ways of working, turning them upside down. Vast numbers of offices, once bustling with staff, have been left deserted and remote working has been normalised at lightning speed. While big ques...

» Texas shooting: search for fugitive after three people killed in Austin
19/04/21 08:26 from Mike Nova's favorite articles on Inoreader
Police say those who live near no longer have to shelter in place as they search for former sheriff’s deputy Stephen Broderick A manhunt was underway on Sunday for a former sheriff’s deputy wanted in the fatal shooting of three people in...

» Image of queen grieving alone prompts calls for Britain to revise covid funeral restrictions
19/04/21 08:26 from Mike Nova's favorite articles on Inoreader
The image symbolized what so many people have had to face: grieving alone in the face of a health crisis. 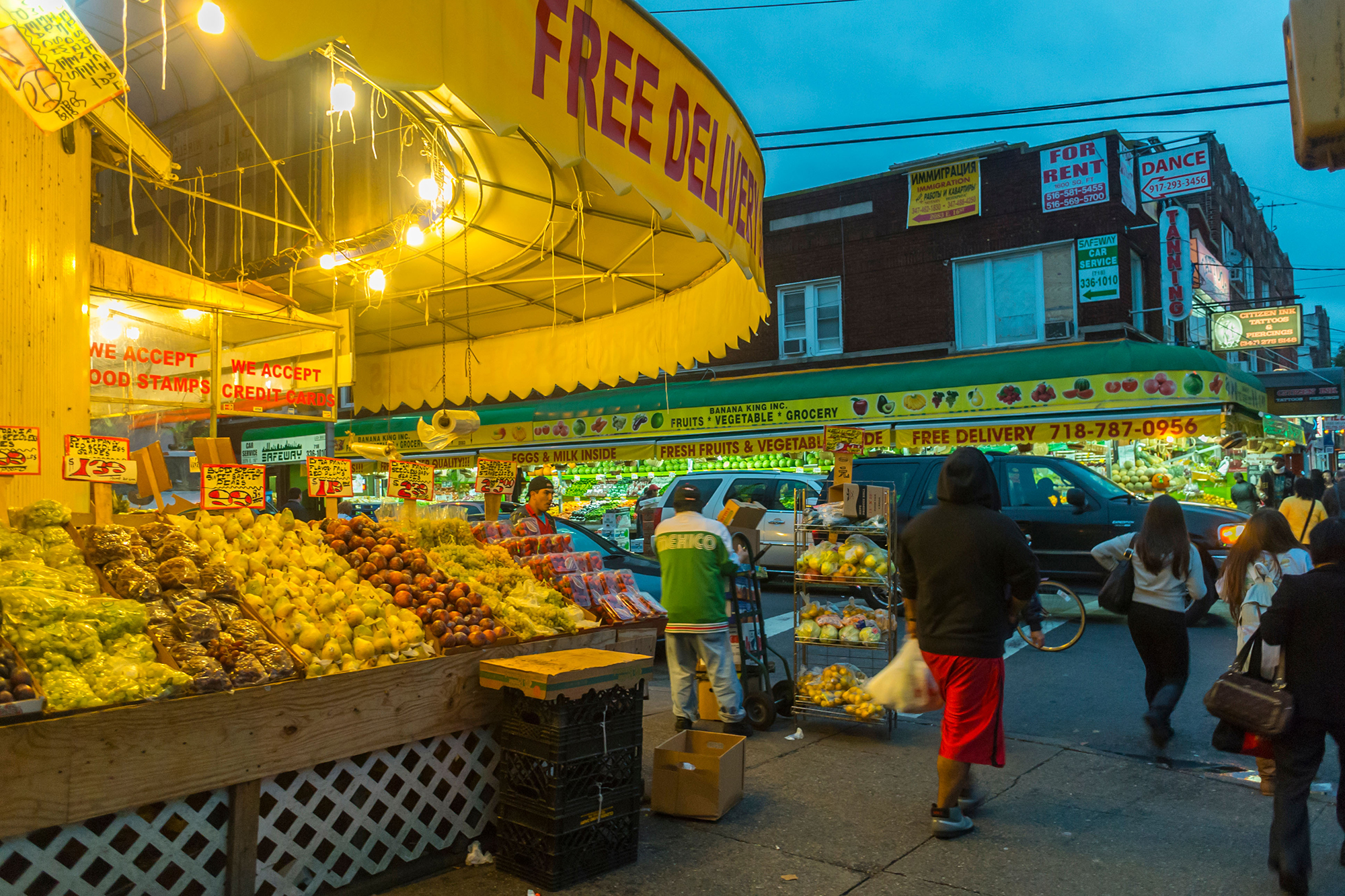 The NYPD is probing whether a random attack of a 40-year-old Asian man in Brooklyn was a hate crime, police said Tuesday. The incident occurred just after 11:15 a.m. Monday at a Sheepshead Bay grocery store on Avenue U where the victim was pushed to the ground by an unknown man, according to police. The...

"Conspiracy Against US" - Google News
Syrian Refugees in Rebel Controlled Idlib Are Stuck in Limbo
posted at 15:48:04 UTC by Ben Hubbard and Ivor Prickett via NYT > World
Millions of people displaced during Syria’s 10-year war are impoverished, insecure and crowded into an area of the country’s northwest controlled by a rebel group once linked to Al Qaeda. Five stories to know for April 22: Justice Department launches investigation into Minneapolis police, Ohio shooting of Black teenage girl, Daunte Wright to be laid to rest, COVID-19 in India and protests in Russia.

1. The Justice Department launched a sweeping civil investigation into policing practices in Minneapolis following a jury’s verdict that former city police officer Derek Chauvin murdered George Floyd. Chauvin is being held in solitary confinement in a maximum-security prison because of fears for his safety.

2. Protesters marched in Ohio after the fatal police shooting of teenager Ma'Khia Bryant was caught on body-camera video. Lebron James posted and later deleted a tweet on Wednesday about the 16-year-old Black girl’s shooting in Columbus, Ohio. In a series of tweets, James explained why he deleted the post, saying anger would not help the situation.

4. India recorded the world's highest daily tally of 314,835 new COVID-19 infections as a second wave of the pandemic raised new fears about the ability of India’s crumbling health services to cope.

5. Russian police arrested at least 1,700 protesters who marched to support jailed opposition leader Alexei Navalny. Protests took place in dozens of cities. Navalny has been on a hunger strike for more than three weeks. The Kremlin critic’s spokeswoman was jailed for 10 days, and another close ally was detained, on the same day that President Vladimir Putin delivered a state-of-the-nation speech warning the West not to cross Russia’s “red lines” and pointedly made no mention of Navalny.