8:33 AM 1/18/2021 - FBI Vetting Guard Troops; New Footage Goes Inside Capitol Siege: Horror, horror, and horror! | A Reporter’s Footage from Inside the Capitol Siege | The New Yorker

A Reporter’s Footage from Inside the Capitol Siege
Monday January 18th, 2021 at 8:36 AM

After Trump’s incendiary speech, Mogelson followed the President’s supporters as they forced their way into the U.S. Capitol, using his phone’s camera as a reporter’s notebook. What follows is a video that includes some of that raw footage. Mogelson harnessed this material while writing his panoramic, definitive report, “Among the Insurrectionists,” which the magazine posted online on Friday. (It appears in print in the January 25th issue.) His prose vividly captures how the raging anger and violence of the initial breach of the Capitol was followed by an eerily quiet and surreal interlude inside the Senate chamber, where Mogelson watched people rummaging through desks and posing for photographs. Although the footage was not originally intended for publication, it documents a historic event and serves as a visceral complement to Mogelson’s probing, illuminating report.

digdoug
These motherfuckers are so dumb. It would be funny if it wasn't sad, and scary as hell.
LOUISVILLE, KY

The FBI is vetting all of the 25,000 National Guard troops coming into D.C. for the inauguration due to fears of an insider attack. Meanwhile, New Yorker footage shows new images of the chaos during the Capitol siege. Aired on 01/18/2021.
» Subscribe to MSNBC: http://on.msnbc.com/SubscribeTomsnbc

Joe Biden's inauguration ceremony will see more National Guard troops deployed than any president in history as concerns grow of a repeat of the US Capitol siege.

The FBI is currently vetting 25,000 troops on their way to Washington DC after footage emerged of Capitol police aiding and taking selfies with protesters during the riot.

In scenes reminiscent of the American Civil War, thousands of camp beds were have been set up to accommodate the troops in the halls of congress after images showing soldiers sleeping on the floor went viral. 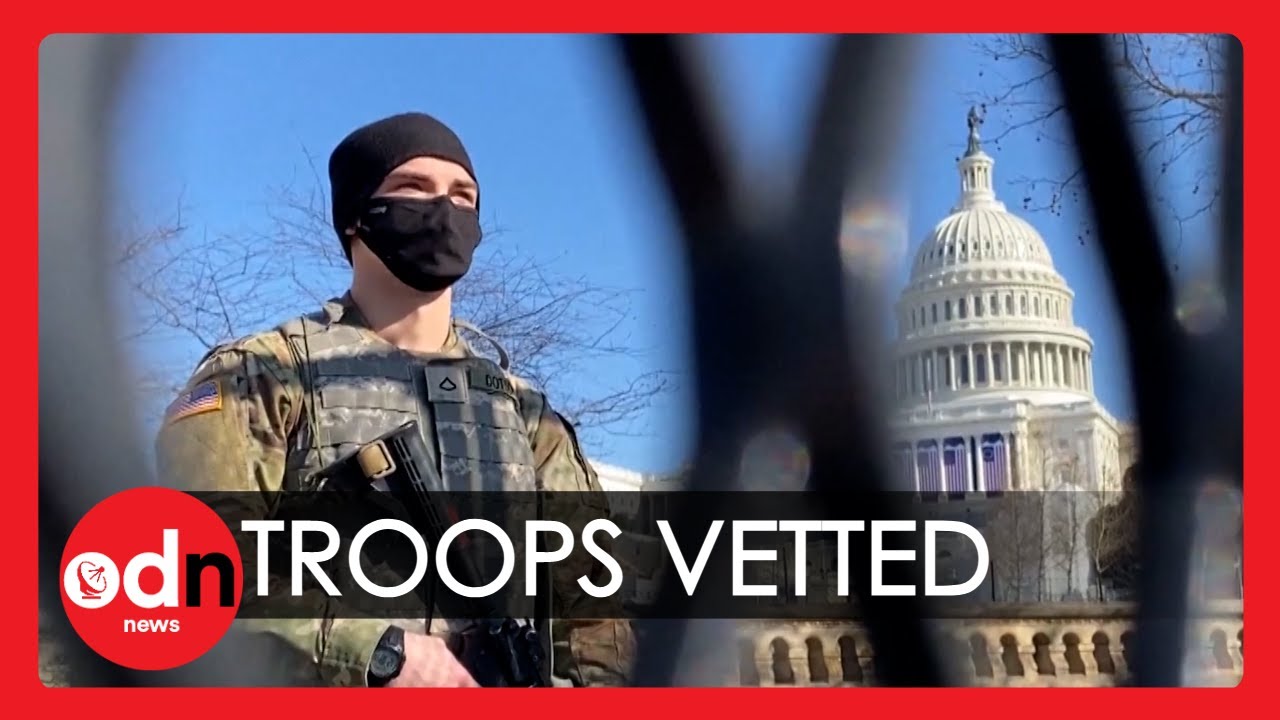 itnnews's YouTube Videos
Politics: Live updates: Biden to participate in national day of service ahead of inauguration; Trump prepares pardons
posted at 13:22:28 UTC by John Wagner via Recent News Stories
The president-elect plans to volunteer at a hunger relief organization in Philadelphia as he prepares to take the oath of office at a heavily fortified Capitol in Washington on Wednesday.