As Biden seeks to revive Iran nuclear deal, Israel is trying out its own version of 'maximum pressure' on Tehran posted at 17:28:54 UTC

As Biden seeks to revive Iran nuclear deal, Israel is trying out its own version of 'maximum pressure' on Tehran

posted at 17:28:54 UTC by insider@insider.com (Michael Koplow) via Business Insider

While tensions between Israel and Iran have been omnipresent in the Middle East for decades, the prospect of open military conflict between the two countries has never seemed closer than it does now.

Over the past few months, the two rivals have escalated an undeclared naval war featuring unclaimed attacks on Israeli- and Iranian-owned ships. At the same time, Israel has continued its air strikes on Iranian weapons shipments transiting across Syria, and a damaging explosion on April 11 at Iran's Natanz nuclear facility was widely attributed to Israel.

All of this comes against the backdrop of US President Joe Biden's efforts to hold talks with Iran in order to explore the possibility of reviving the 2015 nuclear deal or crafting a new agreement to rein in Iran's nuclear program. 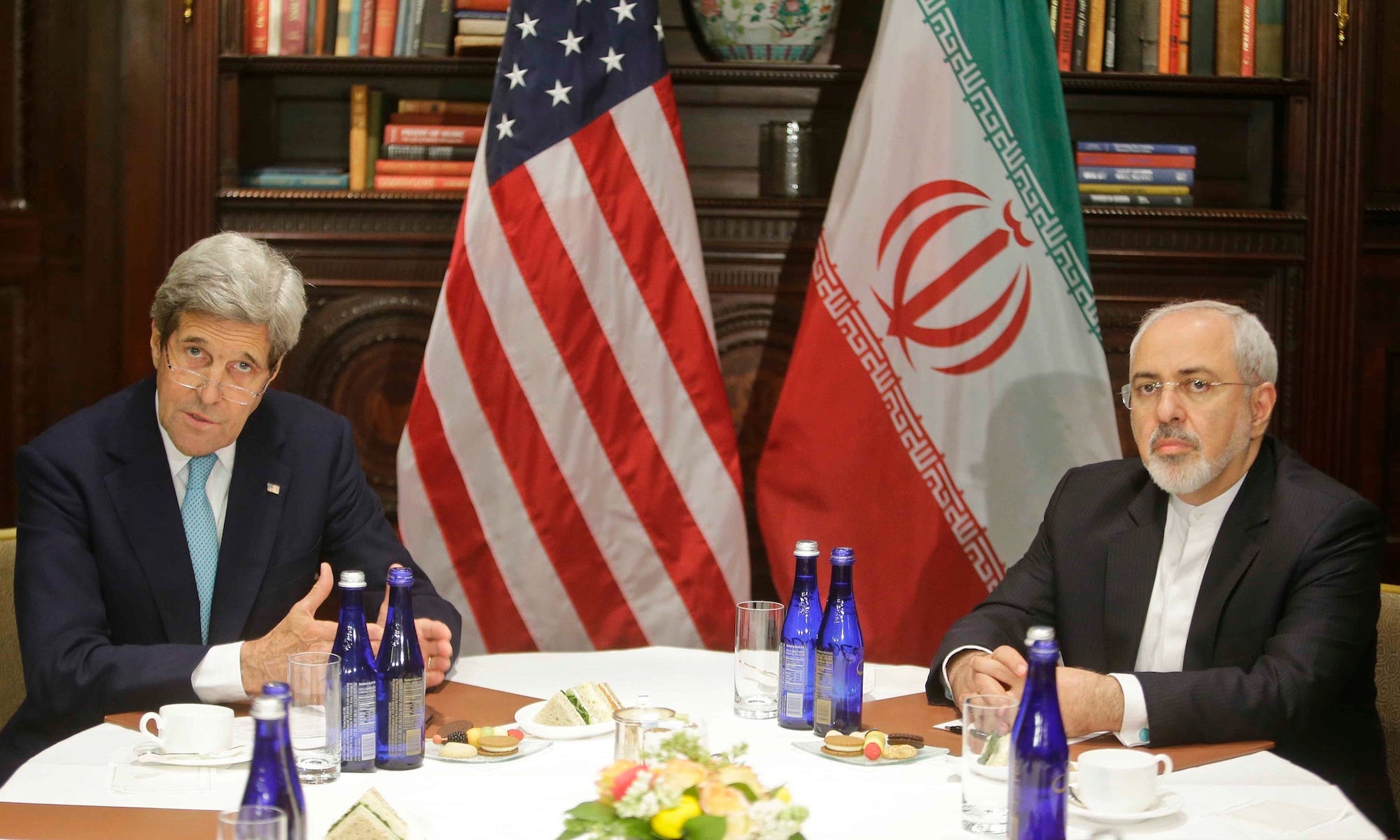 With a delegation of senior Israeli national security and intelligence officials in Washington this week for talks with the Biden administration on Iran, the spotlight is shining brightly on Israel's current approach to countering Iran and whether or not its disagreements with the US on this issue can be managed.

The last time friction arose in the US-Israel alliance over Iran, it was in the leadup to the Obama administration's eventually successful negotiations that led to the crafting of the Joint Comprehensive Plan of Action, or JCPOA, as the multilateral nuclear deal is formally known.

Israeli officials' concerns at the time were about both substance and process; they complained about being kept in the dark about the secret American overtures to Iran that preceded the formal negotiations, and the Israeli security establishment was almost uniformly of the view that the deal fell short in a number of critical areas.

Israel was concerned primarily about the JCPOA's sunset clauses - which allowed some of the deal's restrictions on Iran's uranium enrichment and overall uranium stockpile to expire over a 15-year period and progressively loosened the inspection and verification measures between years 10 and 25 - as well as the lack of restrictions in the deal on Iranian research and development for key nuclear and ballistic missile technologies.

In the eyes of Prime Minister Benjamin Netanyahu and his advisers, the deal's formula meant eventually assenting to an Iranian nuclear weapons capability, not blocking it. 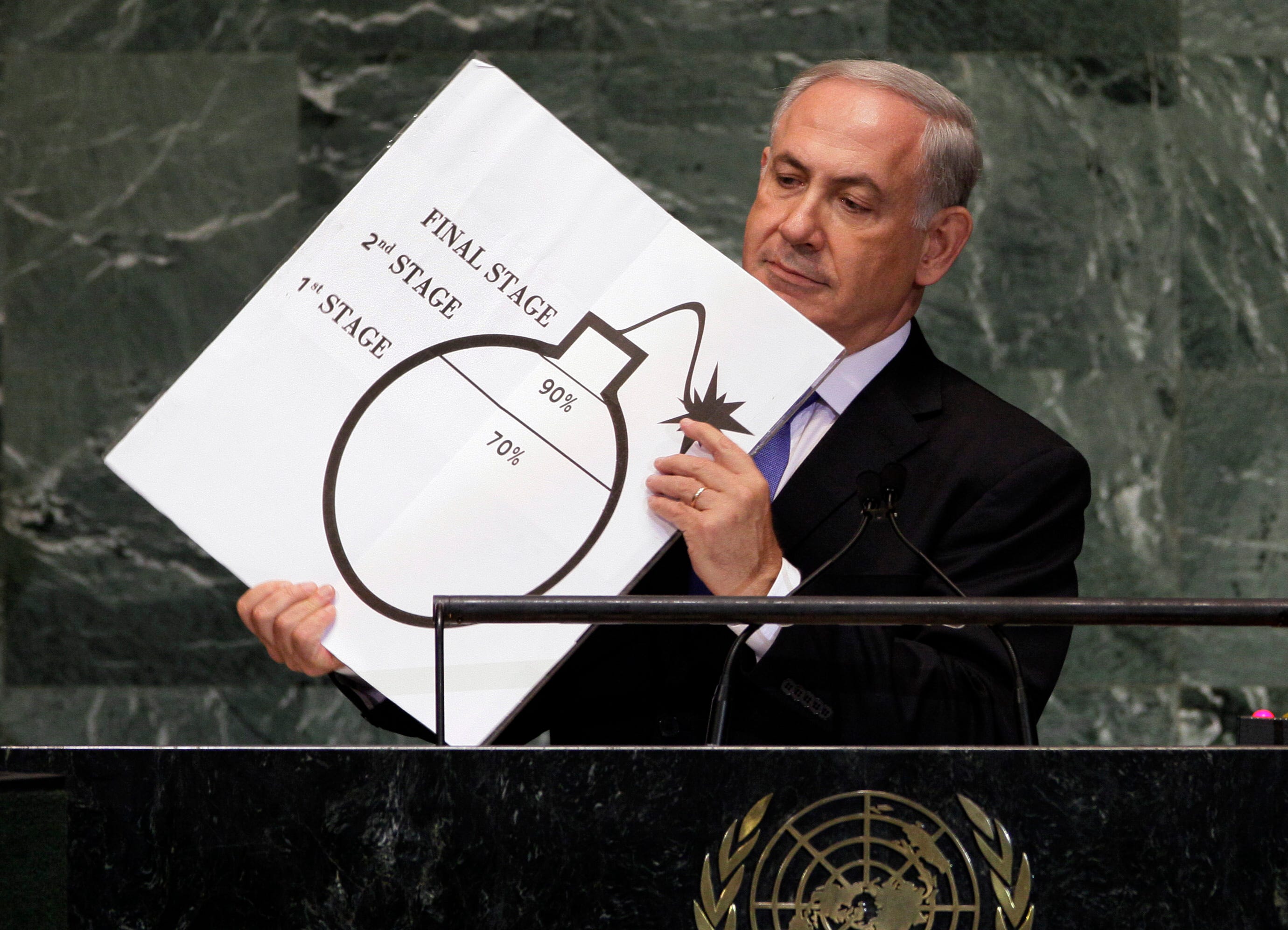 Netanyahu with a graphic of a bomb during his address at the UN General Assembly, September 27, 2012.

The Israelis also believed that negotiating solely over Iran's nuclear program was mistaken, as the deal did not address Iran's non-nuclear regional aggression and support for terrorism, and that any deal that did not counter what they saw as Iranian belligerence writ large was inadequate.

Some in Israel, including Netanyahu, went even further, arguing that no deal with Iran was acceptable irrespective of its contours. Netanyahu made this point clear in his address to a joint session of the US Congress in March 2015, warning against the US entering the JCPOA.

With the advent of the Trump administration, the US and Israel were brought into alignment on Iran and the JCPOA. One of Donald Trump's signature moves as president was to withdraw from the JCPOA and enact a campaign of "maximum pressure" on Iran in the form of increased sanctions, policies that were supported by Netanyahu.

But while the JCPOA commanded little support within the Israeli security establishment, once it was finalized, the predominant view was that Israel was better off with the US remaining in the deal than withdrawing from it.

The deal was panned as widely flawed and there was no confidence in complete Iranian compliance, but Israel still found that the temporary reprieve from worrying about an imminent Iranian breakout capability allowed it to focus to great effect on countering Iran's non-nuclear activities.

The facts that Iran dramatically expanded its nuclear capability during the period after Trump's withdrawal from the deal, and that the US maximum pressure policy did not cause the fall of the regime in Tehran, also gave some Israeli security officials pause.

As a result, the Israeli national security establishment is not as uniformly opposed to the US engaging in talks with Iran as it was when Obama embarked on a similar venture. 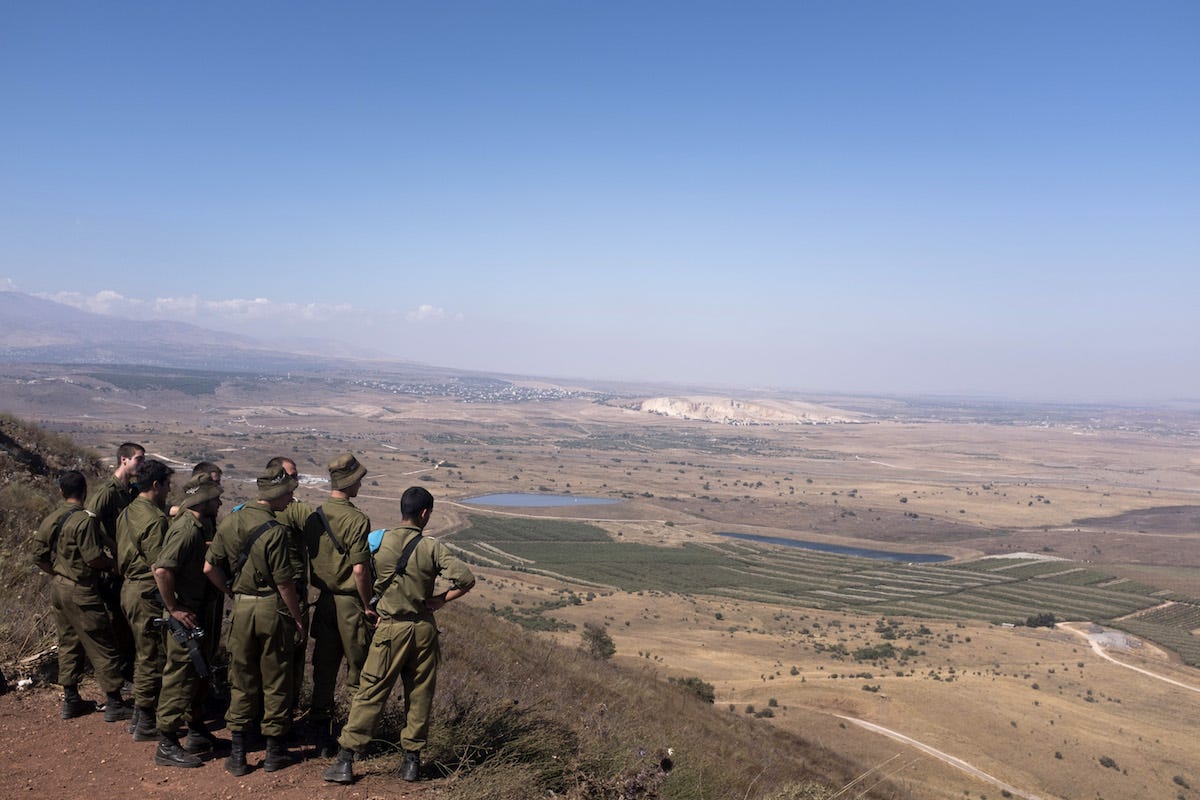 Israeli soldiers look towards Syria from an observation post in the Golan Hights, July 23, 2018.

One camp, led by Netanyahu, still views any deal with Iran as foolhardy and wants to do everything possible to arrest Iranian nuclear ambitions through direct action.

While most Israeli security experts view recent actions that have been attributed to Israel - such as the multiple explosions at Natanz and the assassination of Iran's leading nuclear scientist, Mohsen Fakhrizadeh, last November - as legitimate and necessary to roll back Iranian nuclear gains, for Netanyahu, they may have the concurrent benefit of raising the stakes for Iran in a way that makes it harder for the regime to negotiate with Washington.

Entering talks are more politically difficult for Iran's leaders if they are seen as capitulation to pressure. This in turn leads Iran to make demands, such as removing all sanctions before it agrees to talks, that are designed to get a political win but are unlikely to be met by the US

Other Israeli security figures, such as Foreign Minister Gabi Ashkenazi and Defense Minister Benny Gantz, appear to prefer working with the US and trying to improve any theoretical new deal while dissuading a return to the JCPOA.

This camp has been influenced by the benefits Israel felt during the JCPOA's abbreviated tenure. As such, it is focusing on improving the restrictions on Iran's nuclear program, specifically by urging the US to eliminate any sunset clauses and negotiate hard limits on Iranian nuclear research rather than focusing solely on enrichment levels and centrifuge deployment. (Of course, whether Iran would agree to such stringent terms is another matter.)

Their thinking is that the Israel government's open confrontation with the US during the Obama era was a tactical mistake that did not end up benefiting Israel's interests vis-à-vis Iran, and that if Biden is determined to negotiate a deal, Israel's aim should be shoring up the cracks that characterized the last one. 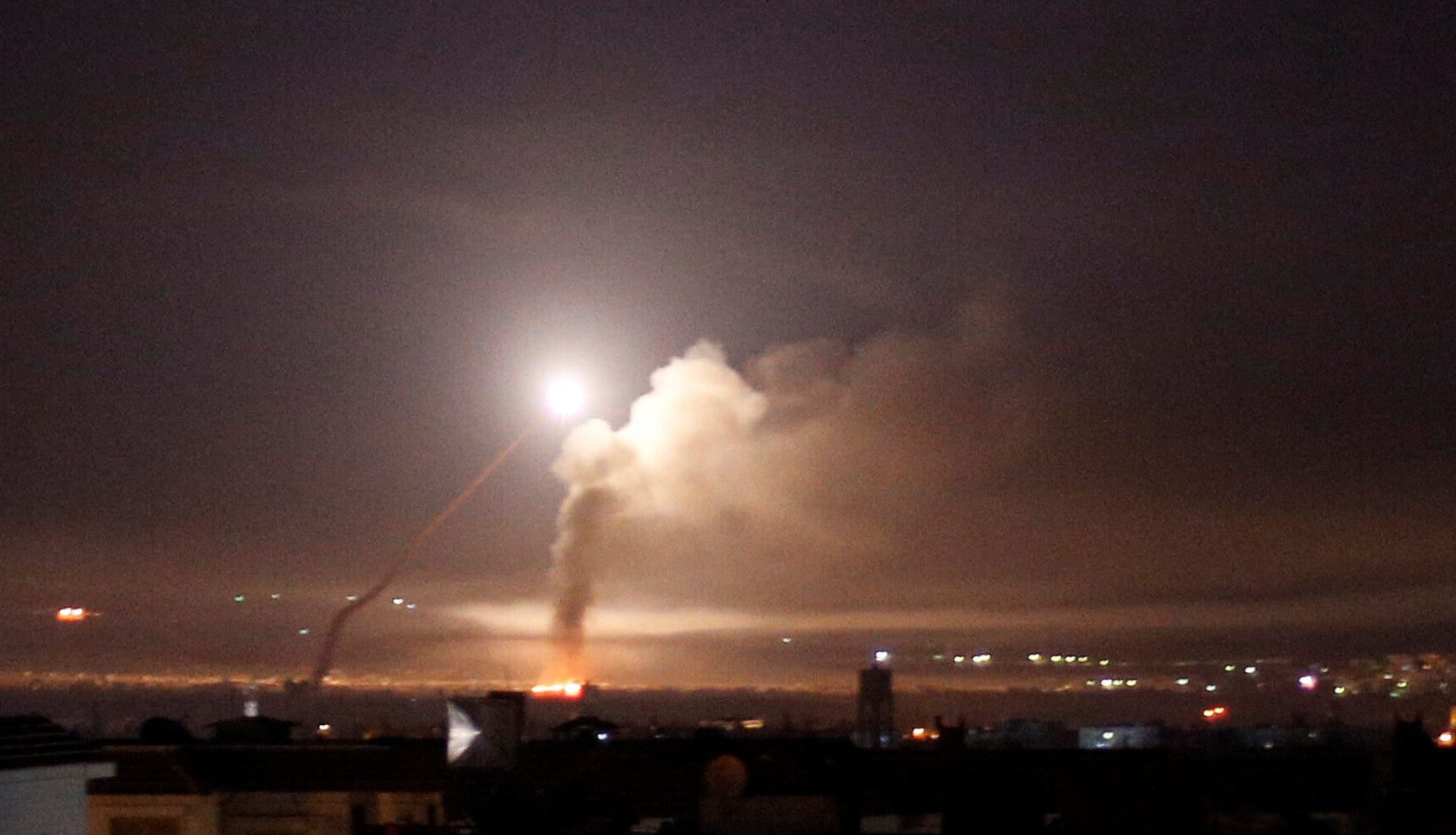 There is yet another group within Israel's security establishment that is alarmed at Iran's shortened breakout time since the US exited the JCPOA, and thus advocates reviving the deal immediately in order to address an imminent crisis.

This camp, which includes former Mossad chief Tamir Pardo, favors following up the JCPOA with a new, stronger agreement that has a longer time horizon. This approach is motivated not only in wanting to put Iran's nuclear program back into a box - even if it is a rickety one - as quickly as possible, but also in wanting to stay in America's good graces and work with the US rather than against it.

So far, the US and Israeli governments have worked hard to avoid the type of fallout between the two allies that occurred in 2015. The Biden administration has made a concerted effort to keep Israeli officials in the loop and to improve regular coordination and consultation at high levels, despite its grumbling about Israeli military action that is raising the temperature in the region.

Whether the two sides can continue to manage their differences is an open question; what is certain is that the US and Israeli approaches will remain misaligned. That means Israeli actions against Iran's nuclear program are likely to continue, no matter the status of US-Iranian negotiations.

NPR News Now
‘Escape mutation’ in Covid strain discovered in Angola able to evade Coronavirus antibodies
posted at 17:29:28 UTC via Reuters: World News
A relatively unknown Covid-19 variant that was first discovered on a flight from Tanzania to Angola is now considered the ‘world’s most...
Moscow Jewish community center torched; German synagogue hit with rubber bullets
posted at 14:59:54 UTC via The Times of Israel 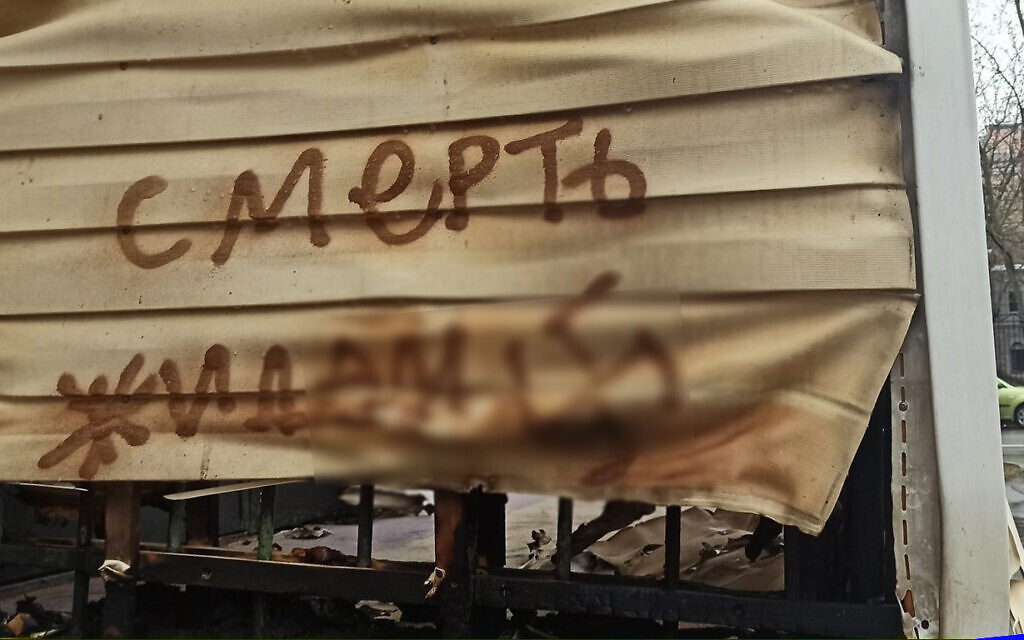 Prime Minister Benjamin Netanyahu says a stampede that killed at least 44 people at a Jewish pilgrimage site was one of the "worst" disasters in Israel's history. The nighttime disaster struck after pilgrims thronged to Meron at the site of the reputed tomb of Rabbi Shimon Bar Yochai, a second-century Talmudic sage, where mainly ultra-Orthodox Jews mark the Lag BaOmer holiday.

Subscribe to AFP and activate your notifications to get the latest news 🔔
http://www.youtube.com/channel/UC86dbj-lbDks_hZ5gRKL49Q/?sub_confirmation=1

ON THIS DAY IN 1861, a Brooklyn Daily Eagle editorial said, “The Southern newspapers are very interesting reading about this time. The more judicious of them look with seriousness, if not with alarm, at the unparalleled change in Northern feeling; they do not affect to despise the resources at our command, and have a lively […]

The post April 30: ON THIS DAY IN HISTORY appeared first on Brooklyn Eagle. 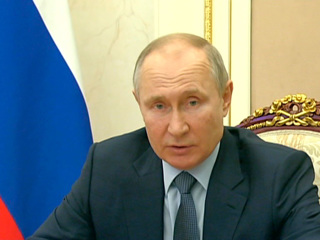 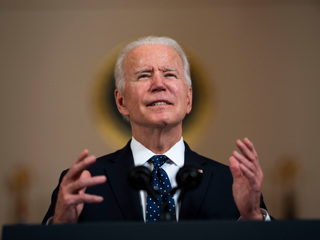 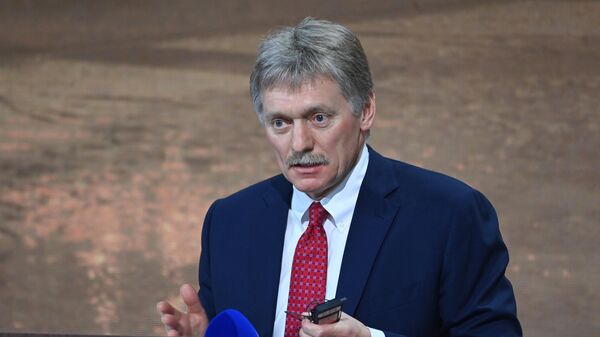 "Ведомости". Ежедневная деловая газета
1. Podcasts from Michael_Novakhov (21 sites): Audio | The Guardian: ‘Colonialism had never really ended’: my life in the shadow of Cecil Rhodes – podcast
posted on Apr 30 2021 11:37:39 UTC by Written by Simukai Chigudu, read by Adetomiwa Edun and produced by Esther Opoku-Gyeni via Global Security News from Michael_Novakhov (30 sites)

After growing up in a Zimbabwe convulsed by the legacy of colonialism, when I got to Oxford I realised how many British people still failed to see how empire had shaped lives like mine – as well as their own. By Simukai Chigudu COVID-19: What you need to know about the coronavirus pandemic on 30 April  World Economic Forum
Next 20 items ›